In this article we will see how we can create a generic node script with a configuration file that we can use to optimize our images using a package called imagemin. Imagemin has an ecosystem of around 40 plugins that you can use in order to optimize an image in just about any way you would need. We will also take a look at a web based application that you can use to optimize individual images by hand while at the same time being able to see what the final ouput will look like. Lastly we will also take a look at another web application that we can use to compare images so that we can see how similar or not our optimized images are when compared with the originals. 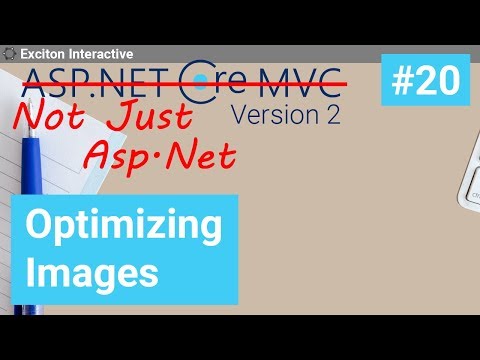 Instead of hard coding in things like the paths to our images we will make use of a simple json configuration file (a). For the purpose of this article we just need to know the location of the original images and where to put the optimized versions but you could of course add any other information that you might need for your particular use case.

(a) The configuration file that we can use to pass in any options that we need for our optimization script.

Now that we have a configuration file the first thing we want to do is make sure that we are able to read it in our optimization script (b).

(b) Testing to make sure that we are able to read the configuration file within our script.

Next up is both adding a few packages to our project using npm, (c), and adding a script to the scripts object within our package.json file so that we can use node to invoke the script we just created (d). In order to make sure that everything is working we can now use the command npm run opt-images in our console and we should see the contents of our configuration file printed out.

(c) Command used to install the packages that we need in order to perform the image optimization.
Advertisement

(d) Adding a script to the scripts object means we can run our script using node. We also see the version numbers, at the time of the writing of this article, of the packages that we installed.

The actual optimization of our images is pretty straight forward using the packages that we have installed (e). My motivation for using these particular plugins for imagemin is derived from the fact that they are the options used by squoosh.app which is a browser based image optimization application that uses these same image compression packages. You will note that I have decided to run the optimization function twice, once for the mozjpeg and optipng plugins and once for the webp plugin. The reason for this is when I was testing and had them all included together I would only get the output from the webp plugin.

(e) Basic code that makes use of our configuration file and a few plugins to generate our optimized images.

Now that our images have been optimized we can use Resemble.js , which is another web based application, to help us see what the differences between the optimized images and the originals are.